Eiras Equestrian Extras was first started in 2016/2017 when Eira was approach to make a filler for the owner of the livery yard where Eira keeps her horse Ben Nevis.

She made these in her kitchen, the only thing she did not do was the painting of the horse that was done by regan’s animal portraits.
Eira was a committee member of WBRC and she then offered to make some fillers for the club. They were used for a British Riding Club event at Wheatlands Farm.

One-night Eira was bored and decided to get her mother in laws sewing machine out and made a pair of stirrup covers to protect her saddle, one of the liveries saw them and asked if she could have a pair made in green. Her friend was very happy with them and asked if she could make saddle cover and a bridle bag. At this point Eira said she would try; from this she went home and made a pattern for both the saddle cover and bridle bag. One of her other friends saw them and asked if she could have the same but this time in red and black but she also wanted a crop/schooling whip bag which Eira designed and implemented. It had its design faults but it worked. This how her little company started.

In 2018 Eira heard that there was someone closing down her tack shop and selling the stock off, after discussions with her family she decided to go for it but this presented her with another problem, no premises. A friend came to her rescue and said that she could use an empty porta cabin on the yard where her horse was kept. Even though this was by appointment only it was the beginning of a new venture.

After a little less than a year she heard of a unit going for rent in the idyllic village of Kingsclere. She mentioned this to her husband and a friend who also discussed opening up a blade sharpening partnership. They are now called Baughurst Blades and share the shop with Eiras Equestrian Extras. 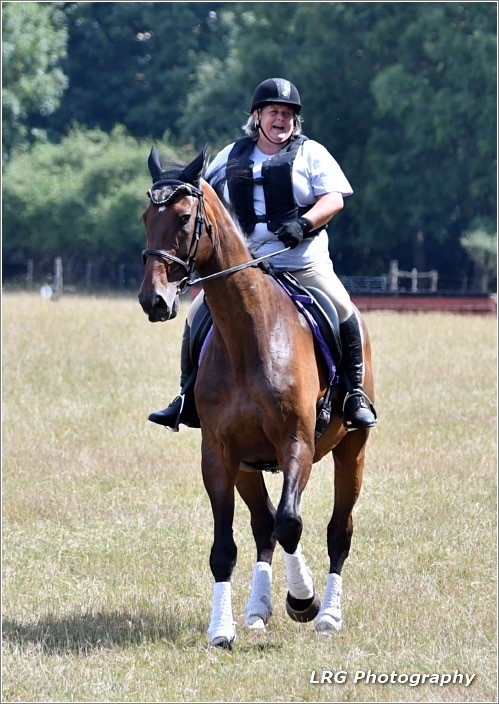